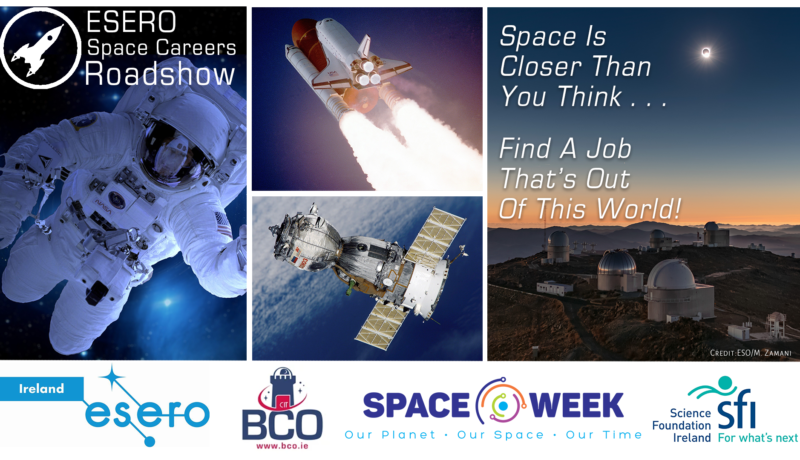 For Space Week 2020, ESERO Ireland and CIT Blackrock Castle Observatory, will bring you an online Space Career Roadshow in conjunction with Science Foundation Ireland, and space industry partners.  This Space Careers event  will provide students with an excellent opportunity to engage with space industry professionals, and third level institutions, so that they can get a taste of the exciting opportunities that a STEM career in the space sector has to offer.

Satellites Improve Life is the theme for World Space Week 2020 and this Careers Roadshow will take a special look at our oldest and most constant satellite…The Moon. What will it take to live visit, research, and potentially even inhabit our nearest neighbour. What careers will be most vital to such an endeavour, and how can you be a part of that journey. 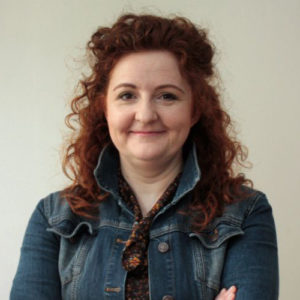 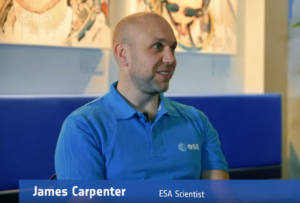 James is Exploration Science Coordinator in the Directorate of Human and Robotic Exploration at the European Space Agency. He is working to bring together a diverse set of scientific disciplines to perform scientific investigations at the Moon and beyond. This science will prepare the way for the future of humankind in space and investigate some fundamental questions about our place in the universe. 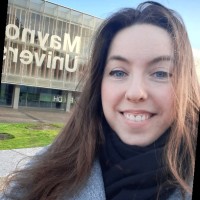 Hannah is a Space Reliability Engineer at InnaLabs ltd. She is involved in the development of new space products. She investigates a systems probability to succeed or fail in a space environment. Her day to day job ranges from math’s models (reliability analysis), testing components, writing up reports and analysis documentation and attending and participating in team space product meetings. During the Summer of 2020 Hannah participated in the World Skills Future Skills Camp representing Ireland with Graham Buckley (Space MAIV Engineer, InnaLabs).

Hannah has a BSc in Physics with Energy and Environment awarded from DIT (TUDublin), and a MSc in Space Science and Technology from UCD. Before being awarded her MSc she was chosen to attend the European Space Agency training week in spacecraft operations which she has completed.

Hannah has taken part in numerous internships. These include; research assistant positions in the area of physics education at Technological University of Dublin, particle physics summer intern with the CERN LHCb group at the University of Glasgow, and plasma physics at Technological University of Dublin. Hannah has also been very lucky to have been a member of the construction team for I-LOFAR which is a radio telescope in Birr Co.Offaly. She operated I-LOFAR for her thesis, where she observed a supernova remnant (Cas A) which is 11,000 light years away, Radio Galaxy (Cygnus A) which is 3200 light years away, and a Black Hole (Cygnus X-3) which is 3200 light years away. Carrying out an internship each summer has given Hannah a great insight in helping to choose her career in the Irish space industry. 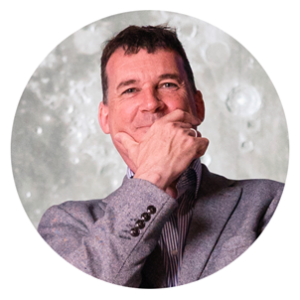 Niall studied astrophysics at University College Dublin and graduated with his PhD in 1990. He lectured in the Department of Applied Physics & Instrumentation in Cork Institute of Technology for 18 years before becoming the Institute’s first Head of Research in 2005. Niall is the Founder-Director of the internationally award-winning Blackrock Castle Observatory which has just celebrated its 12th anniversary and over 1.2 million visitors.

In 2017, Niall was the host Director for the International Space University Space Studies Programme which is the largest conference programme ever to come to Cork, lasting a total of 9 weeks and involving over 320 global space experts. Niall’s research focuses on space topics including ultra high precision photometry and the uses of small satellites in low earth orbit for a wide range of functions from high resolution imaging to space cybersecurity to rural broadband. He was the Higher Education representative on the National Steering Group for the Irish Government’s recently published Space Strategy for Enterprise and considers Space 4.0 to be a significant opportunity for the Irish business community.