Home / Event Archive / Adult Audience / THE SPACE BETWEEN YOUR EARS

THE SPACE BETWEEN YOUR EARS 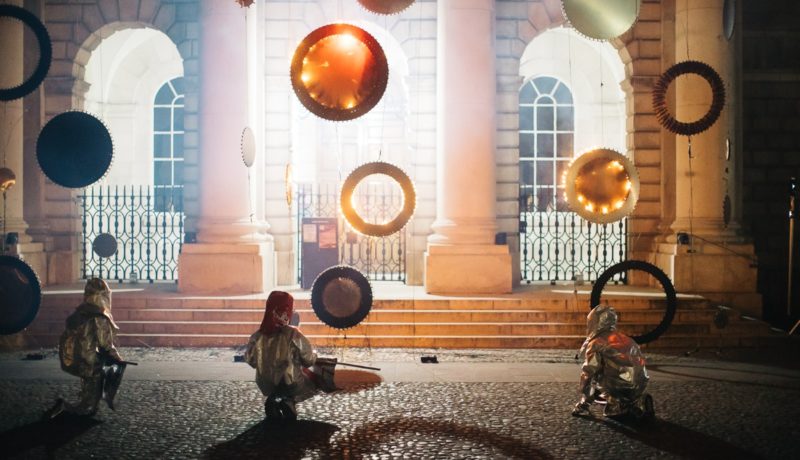 Who owns space? Should asteroid mining be legal? What effect will humans have on planetary environments when space travel becomes the norm? Who will prosecute if a murder is committed on Mars?

For this Space Week special, join our experts from space science, law, ethics, and environmentalism who will be working in teams to come up with answers to some of these pressing questions, hosted by broadcaster and scientist Philip Smyth.

The audience is invited to actively participate in this gameshow-themed event. Team captains will be Science Gallery Dublin’s own pair of lapsed astronomers Joseph Roche and Mairéad Hurley. The teams will battle it out to provide the most compelling answers to thorny questions about things like the ethics of space militarisation, the commercialization of space, the environmental impact of space travel, and where does your dandruff go in zero gravity? The audience will be invited to vote on the winning team for each round, and to send the other team hurtling out of the airlock.

With lively debate, and the chance to submit your questions via your mobile device to the host, this event will be an opportunity for people of all ages to get involved in the conversation about the future of humans in space. If you’d like to submit a question in advance, you can add it here: www.bit.ly/spaceSGD (only the most scientifically interesting/hilarious questions will be selected to be used on the night!)
Speakers:
David McKeown: Co-Founder of Dublin Maker & Science Hack Day Dublin.
Day job – Rocket Scientist, University College Dublin. Night job – Sleeping, bed.

Laura Keogh is an Irish lawyer who specialises in data protection, IT & space law.
She has a strong academic interest regarding legal implications of bitcoin, the Internet of Things and the collection of location and remote sensing data.

Moses Rowen is a designer specialising in innovation design.
His design of a lightweight, compact workout machine to offset the effects of space travel was winner of NASA’s Bio-Inspired Advanced Exercise Concepts Challenge.
Lána Salmon is an Irish Research Council Postgraduate Scholar doing her PhD in the UCD Space Science Group.
When she’s not trying to observe the light from big collisions in space, she’s helping to build something that is going into space (Ireland’s first satellite – EIRSAT-1).
Pedro Russo is Professor of Astronomy and Society at Leiden University. Pedro is the president of the International Astronomical Union Commission on Communicating Astronomy with the Public. He also leads the SPACE EU project, which aims to introduce the excitement and wonder of space science to young people across Europe through a series of events, exhibitions and educational activities.
This event is part of Space Week Ireland, and is also supported by the SPACE EU project which has received funding from the European Commission’s H2020 programme under grant agreement No 821832